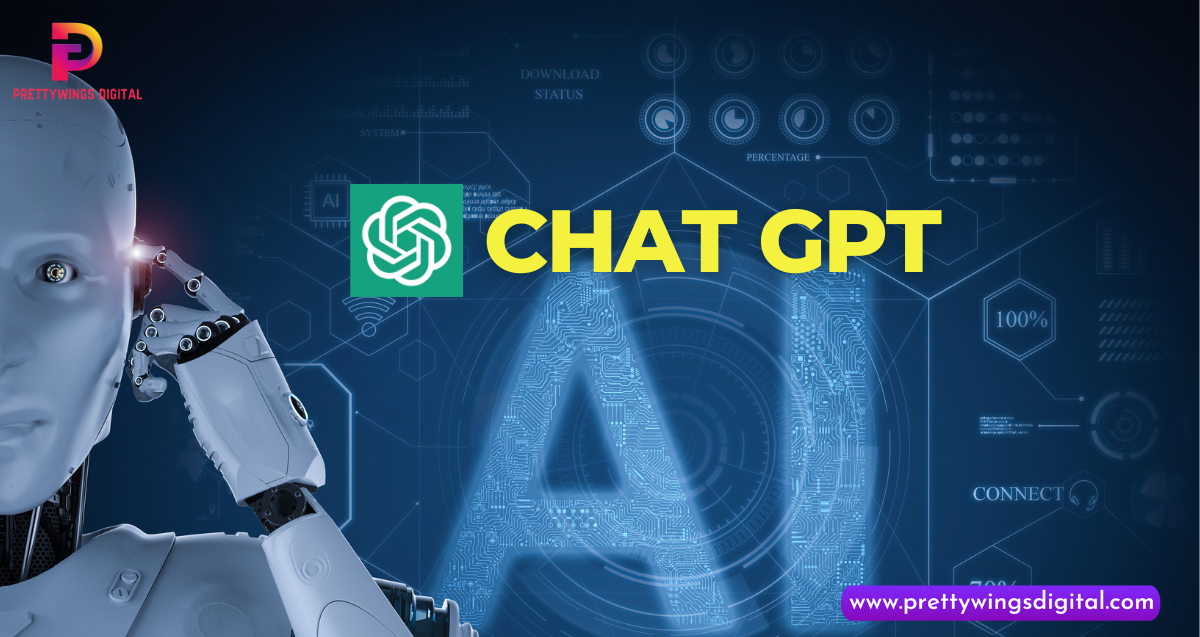 ChatGPT is an implementation of the GPT model, which was developed by OpenAI. It is a language model that is trained on a large corpus of text data and can be fine-tuned for various natural language processing tasks, particularly on conversational tasks.

2. What is the full form of ChatGPT by Open AI ?

The “GPT” part of the name stands for “Generative Pre-trained Transformer.” This refers to the underlying architecture of the model, which is based on a transformer neural network. This architecture was introduced in a 2017 paper by Google researchers, and it has since been widely used in natural language processing tasks, because it allows the model to efficiently handle input of different lengths and generate text that is more coherent and natural-sounding than previous models.

The “Conversational” part of the name refers to the model’s ability to generate text in a human-like manner, which allows it to be used for tasks such as text completion and conversation generation.

In summary, ChatGPT is a conversational model built on the transformer architecture, which has been pre-trained on a large corpus of text data, and was developed by OpenAI, which is an AI research organization that aims to promote friendly AI and make AI accessible to everyone.

3. Who is the founder of ChatGPT ?

ChatGPT is an implementation of the GPT (Generative Pre-trained Transformer) model, which was developed by OpenAI. OpenAI is an artificial intelligence research lab consisting of the for-profit OpenAI LP and its parent company, the non-profit OpenAI Inc.

OpenAI was founded in December 2015 by Elon Musk, Sam Altman, Greg Brockman, Ilya Sutskever, Wojciech Zaremba, and John Schulman. The company is based in San Francisco, California and works on advancing artificial intelligence in a responsible manner to benefit humanity as a whole.

Elon Musk, one of the co-founder of OpenAI, is a businessman and entrepreneur known for founding companies such as Tesla Motors and SpaceX. Sam Altman is the current president of OpenAI and he is also the president of Y Combinator, a startup accelerator. Greg Brockman is the CEO of OpenAI and formerly the CTO and co-founder of Cloudera, a provider of big data management software. Ilya Sutskever, Wojciech Zaremba and John Schulman are also important figures in the field of AI and machine learning and were early researcher at the company.

Together, the founders of OpenAI are working to build advanced AI technology and promote the responsible use of AI for the benefit of humanity. The GPT (and its variants) is one of the most well known outcome from the research at OpenAI.

The availability and pricing of ChatGPT, or any other OpenAI’s product, can change over time. However, at this moment, OpenAI provides access to ChatGPT through its GPT-3 API (Application Programming Interface), which allows developers to integrate the model into their applications.

The GPT-3 API is currently a paid service, and the cost of using it depends on the number of requests you make to the API, and the number of tokens you generate with the model. There are different pricing plans available depending on the usage, and you can find more information on their website.

It’s worth noting that OpenAI is a research organization that aims to promote friendly AI and make AI accessible to everyone. They have been offering GPT-3 API as paid service to sustain the cost and to make the development more feasible, however it is also possible that they may change their pricing structure in the future or come up with new ways of making their models accessible.

Also, since GPT-3 model is OpenAI’s proprietary model and the way the it’s fine-tuned or the new application built on top of it could have different license, it is important to check the license and the terms of use before using the models in commercial applications.

5. How is ChatGPT Trained?

The main idea behind ChatGPT is to generate human-like text, by using the vast amount of data it has been trained on, and make it possible to continue a given text or answer a question in a natural way, as if a human being is doing it. It can be used in a wide range of applications such as text summarization, question answering, and text completion.

ChatGPT is based on the transformer architecture, which is a neural network architecture that was introduced in a 2017 paper by Google. It uses attention mechanisms to process input sequences in a parallel way, which allows the model to efficiently handle input of different lengths and to generate text that is more coherent and natural-sounding than previous models.

ChatGPT is typically fine-tuned on a specific task or domain by training it on a smaller dataset that is specific to that task or domain. This allows the model to learn the specific characteristics of the task or domain, and generate text that is more relevant and accurate.

Overall, ChatGPT is a powerful tool for natural language processing tasks and has been applied in many real-world applications, but it’s important to note that the output generated by the model is not always accurate and can be biased, it’s important to validate and correct the results accordingly before using them in any critical application.

ChatGPT (Conversational Generative Pre-trained Transformer) is a specific implementation of the GPT (Generative Pre-trained Transformer) model, which was developed by OpenAI. While ChatGPT is a powerful natural language processing tool that can be fine-tuned for various conversational tasks, such as generating text and answering questions, it is not intended to replace Google.

Google is a technology company that offers a wide range of products and services, including search engines, email, cloud storage, and advertising. In contrast, ChatGPT is a machine learning model that is primarily used for natural language processing tasks. While it can be used to generate text, it does not have the capabilities of a full-featured search engine like Google.

It’s important to remember that GPT-based models (including ChatGPT) are trained on a vast amount of text data that is widely available on the internet, which means that it’s knowledgebase would be behind the current day and it does not have the abilities that a big company like Google has such as the access to private data, personal preferences, or the ability to generate revenue through the use of the collected data and advertising.

In short, ChatGPT is a powerful tool for natural language processing and could be helpful to enhance the natural language understanding aspect of any application, but it will not replace the role of Google as a company.

ChatGPT is a natural language processing model that is trained on text data, so it is primarily designed to generate text in a human-like manner. While it can be fine-tuned for specific tasks such as text summarization or question answering, it is not designed to write code.

That being said, GPT-3, the model on which ChatGPT is based on, was trained on a vast amount of data including code and documentation, it’s been tested to write some simple code snippet and even complete functions, however, the output might not be always perfect, The generated code might contain errors or have poor readability.

Additionally, coding requires a high level of logical reasoning and understanding of programming languages, concepts and frameworks. ChatGPT would not have that kind of understanding and would not be able to write complex codes or debug them.

There are other models and tools that specifically designed to write code like CodeGAN and Code Generative Pre-Trained Transformer (Code-GPT) which are trained on code and they output might be more accurate and suitable than ChatGPT. However, they are also a research tool and might not be as accessible or production ready as ChatGPT.

In summary, while ChatGPT can generate code-like text, it is not designed or intended to write high-quality, production-ready code and should not be used for this purpose.

GPT-3 (Generative Pre-trained Transformer 3) and other language models like it are capable of generating human-like text, but it is important to note that the generated text may not always be original. While GPT-3 is trained on a diverse set of text data and can generate a wide variety of content, it is still based on patterns and information it has seen during training. As a result, it may produce text that is similar to or identical to text that it has been trained on.

It is important to use proper citation and provide attribution for any text that is not original. And also before using any generated content for publishing or other purpose check for Plagiarism.

It is also worth noting that you can use GPT-3 in a manner that reduce the risk of Plagiarism. For example, you can use GPT-3 to generate text based on specific prompts or inputs, which can help guide it to produce original text. Additionally, you can use GPT-3 for text completion or text suggestion, So you can review the text and edit before publishing it.

9. What are some ChatGPT alternatives?

There are several alternatives to GPT (Generative Pre-trained Transformer), which is the model behind ChatGPT, that you could consider, depending on your specific use case. Some popular alternatives include:

It’s worth noting that these models have their own architecture with different training strategy and target different task, you should carefully evaluate the pros and cons of each one of them before pick the suitable one for your application.

OpenAI, the company that developed ChatGPT, does not have a website specific for ChatGPT, instead, ChatGPT is offered as an API service, which allows developers to integrate the model into their applications.

It’s also important to note that, the traffic on the website does not necessarily reflect the popularity or the usage of the ChatGPT model, as many developers use the API service to integrate the model into their applications and that traffic would not be reflected on the OpenAI website. Additionally, OpenAI provides access to other models like GPT-2 and other language models, so it’s hard to know the specific number of traffic on ChatGPT.

How to use ChatGPT ? Explore ChatGPT Possibilities

What is Artificial Intelligence and Machine Learning 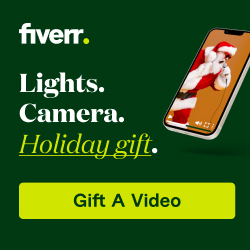